By the Numbers: Cranbrook Center 2016

As this year comes to a close, the Center for Collections and Research has done some number crunching on 2016. Below, you’ll find information on visitors and events supported by the Center throughout the year. While we’re proud of our overall growth as a division of the Cranbrook Educational Community, we like to keep in mind that each number counted represents an individual person who’s had the opportunity to explore Cranbrook’s architecture or collections in depth and hopefully engage in meaningful ways with our history and legacy.

It’s been a fantastic year for the Center, and we’re excited about what’s on the drawing board for 2017. We hope to see you at future events (make sure you’re on our email list by contacting us) and hope you and yours have a very Happy New Year! 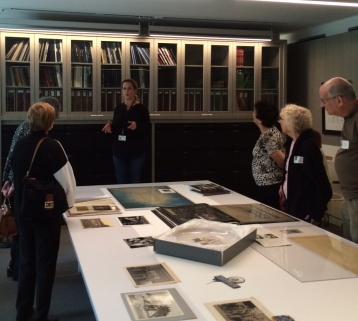 ›› Presented Designs of the Times: 100 Years of Posters at Cranbrook (December 2015 through March 2016)
›› Organized Simple Forms, Stunning Glazes: The Gerald W. McNeely Collection of Pewabic Pottery in collaboration with Cranbrook Art Museum (December 2015 through August 2016)
›› Engaged 192 people at the opening and 18,827 people during the run of the Pewabic exhibition

›› Two historians and two artists, including Roberto Lugo from Vermont, spoke about the legacy of Pewabic Pottery to 65 people (February 2016)
›› Kendall Brown spoke about Japanese style gardens in America to 186 people (April 2016)
›› Crafted an “Edible Landscape” dinner for 63 guests with Gold Cash Gold that celebrated the centennial of the first performance in Cranbrook’s Greek Theatre (June 2016)
›› Premiered PBS’ newest American Master’s film Eero Saarinen: The Architect Who Saw the Future to 219 guests in deSalle Auditorium
›› 11 experts presented the Preserving Michigan Modern lecture series, in collaboration with the State Historic Preservation Office, to a total of 375 people (October and November 2016)
›› Celebrated the North American launch of the book Millesgården: The Home and Art of Carl Milles with a violin and piano concert of works by Beethoven, attracting 60 guests on a very snowy Sunday (December 2016) 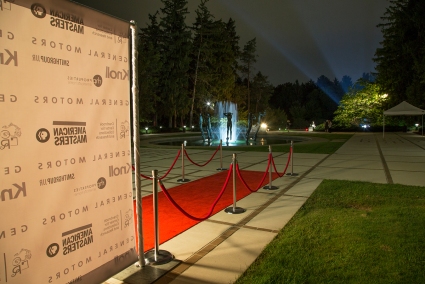 The red carpet and searchlights for the film premiere of Eero Saarinen: The Architect Who Saw the Future, Sept. 2016

One thought on “By the Numbers: Cranbrook Center 2016”

Cranbrook Center for Collections and Research