The temps have been high this July! We hope you are keeping cool. The smiling faces in today’s Photo Friday are from the 1953 session of the Kingswood-Cranbrook Summer Day Camp. The program was a precursor to the summer camps offered today on the Brookside, Kingswood, and Cranbrook school campuses. 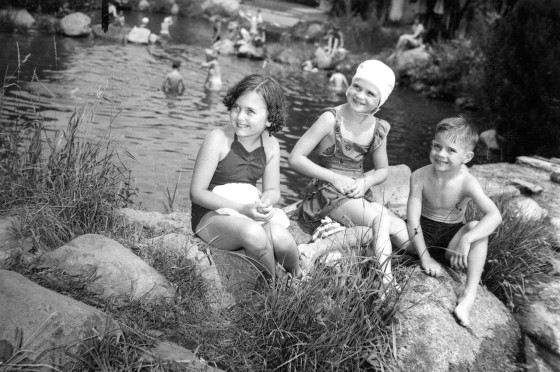 From the beginning of Cranbrook’s history in 1904, place names at Cranbrook have evolved and changed. Once the Booths turned the original mill pond into a lake, they named it first Glassenbury Lake (after Glassenbury, England), then it was known as Cranbrook Lake for a very short time, and ultimately Kingswood Lake. The man-made Jonah Lake (or Lake Jonah as it is also known) was originally called Lake Manitou. Brookside School was originally called Bloomfield Hills School and Cranbrook School was Cranbrook School for Boys. Although Brookside School retains its name, since 1985 when the boys and girls schools merged, they are jointly known as Cranbrook Kingswood Schools.

Building names have also changed, often due to an alteration in use or sometimes because they were dedicated to an influential or long-time faculty member.  The Garden House became the Cranbrook Pavilion and is now St. Dunstan’s Playhouse. The Cranbrook School academic building became Hoey Hall after former Headmaster Harry Hoey and what was originally called the “Arcade” is now known as the Peristyle at the Cranbrook Art Museum. Lyon House was first called Stonelea (after its owner Ralph Stone, a long-time friend of George Booth), then Belwood, then the Kyes House before being acquired by Cranbrook.

And even Cranbrook Educational Community is not our first name. In 1927, the Booths established The Cranbrook Foundation as the legal and financial entity that oversaw the then six institutions: Brookside School, Christ Church Cranbrook, Cranbrook Academy of Art, Cranbrook Institute of Science, Cranbrook School, and Kingswood School.

So, what is really in a name? How do we name our campus buildings and landmarks going forward and what legacy will we be imparting with them?

That said, I wish you all a Happy New Year! Or should I say Bonne année? Feliz Año Nuevo? Or maybe Xin nian kuai le?

(And thank you Stefanie Dlugosz-Acton for getting me thinking about names at Cranbrook!) 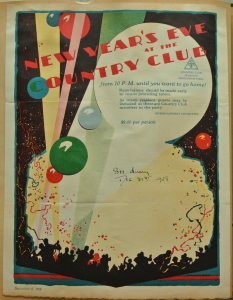 Swimming Was a Privilege: The By-Gone Days of Lake Jonah

Mention Lake Jonah to anyone who has been around Cranbrook since 1999, and the response will be immediate – bittersweet. Fond memories mixed with sadness that it is not used as a swimming hole any longer. Originally referred to as the “Milles Fountain Lake,” the man-made lake is also known as Jonah Lake or Jonah Pool. Funded by George Booth as a place for community members to swim during the summer months, Lake Jonah, built in 1933, became a gathering place – for Trustees and Directors and their families, Academy of Art students and faculty, Summer Theatre and Summer Institute campers, Horizons-Upward Bound students, and hundreds of Cranbrook-Kingswood day and boarding school students, who all loved to hang out in the natural setting.

George Booth originally intended for the lake to be a water feature at the end of Academy Way, but quickly realized that people would swim in it anyway, so he turned it into a swimming pool. When the water was first turned on, a large amount of seepage was discovered so waterproofing of the pool bottom began in July 1934. 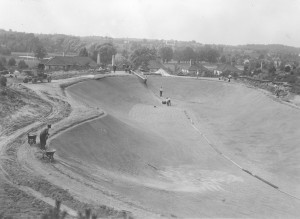 The cost of construction was just over $34,000. This included the liner, the drain, paving, and landscaping around the pool, designed by Detroit landscape architect, Edward Eichstaedt. The pools covered 54,375 square feet (or 1.248 acres) and held 3,082,830 gallons of water. 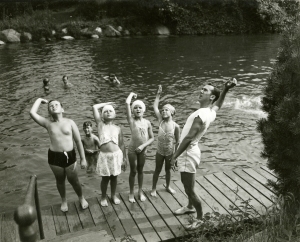 Initially overseen by the Cranbrook Central Committee (a department of the Cranbrook Foundation), Lake Jonah gradually became too expensive and too risky for Cranbrook Educational Community to maintain. Swimmers snuck onto campus at all hours and swam in the pools without lifeguard supervision. After the summer of 1999, the decision was made to close Lake Jonah for swimming and thus ended decades of summer memories. 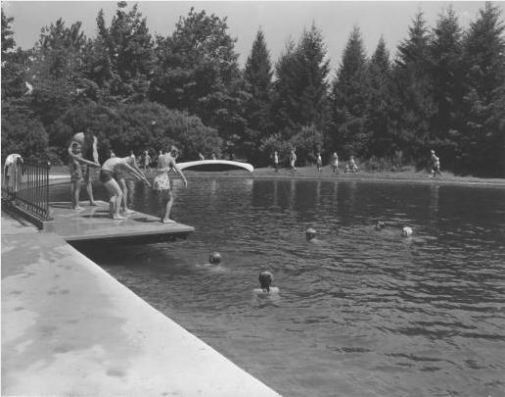 With the start of May, spring has finally arrived at Cranbrook.  Flowers bloom, warm breezes sweep through the hills, and the various campus lakes look more and more inviting with each passing day.  Swimming in Lake Jonah is strictly forbidden, of course, but once upon a time the lake functioned as the campus swimming pool.  Here, students at the 1953 Cranbrook Academy of Art Summer Institute learn to swim in Lake Jonah, while in the background other students contemplate the possibility of canoeing.